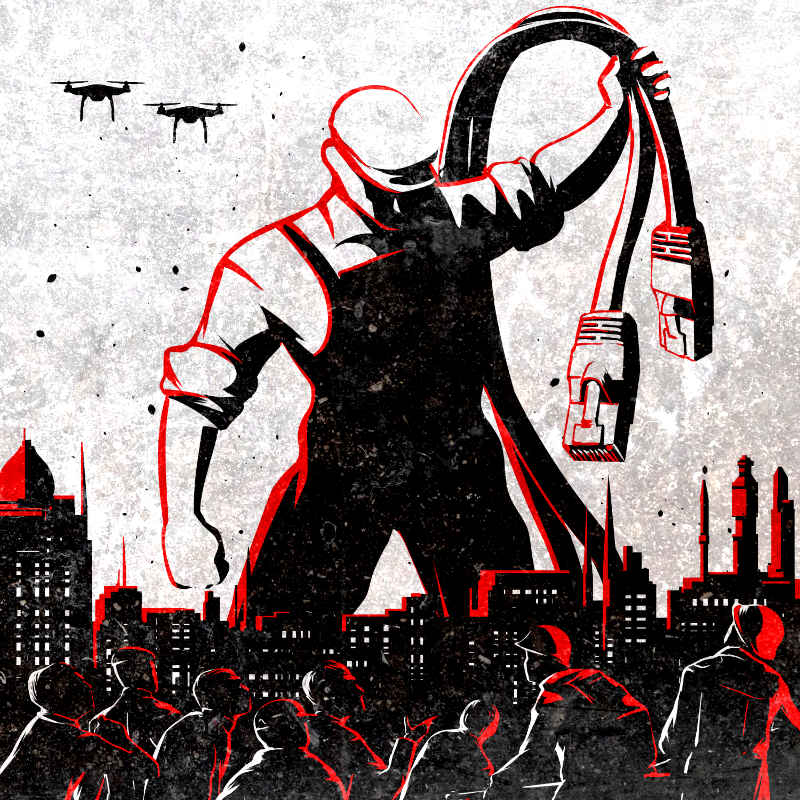 This is the story of NotPetya. Which seems to be the first time we’ve seen what a cyber war looks like. In the summer of 2017 Ukraine suffered a serious and catastrophic cyber attack on their whole country. Hear how it went down, what got hit, and who was responsible.

Thanks to Andy Greenberg for his research and sharing this story. I urge you to get his book Sandworm because it’s a great story. Affiliate link below.

This episode was sponsored by Linode. Linode supplies you with virtual servers. Visit linode.com/darknet and when signing up with a new account use code darknet2019 to get a $20 credit on your next project.

Support for this episode comes from Honeybook. HoneyBook is an online business management tool that organizes your client communications, bookings, contracts, and invoices – all in one place. Visit honeybook.com/darknet to get 50% off your subscription.

This episode was sponsored by CMD. Securing Linux systems is hard, let CMD help you with that. Visit cmd.com/dark to get a free demo.

JACK: Hey, before we get started, check out the episode right before this one. It’s called Shadow Brokers. It kind of sets you up for this one. [MUSIC] This is the story of NotPetya and it took place in the spring of 2017. There was some weird tension between the US and Russia during that time. Donald Trump was President of the US and it’s widely-known that the Russians used the internet to meddle with the election. I mean, the FBI has indicted twelve hackers who were working with the Russian government that have allegedly hacked the DNC and Clinton’s e-mail servers which had a critical role in the 2016 election. The relationship between Trump and Putin is weird and mysterious; a ton of allegations are floating around that a lot of back channel support is given to Trump from Russia. But what is clear is that Russia likes to quarrel with Ukraine. They’ve been fighting over things for a long time but in the last eight years, things have really heated up.