Darknet Diaries stats and analytics for 2021

Total downloads (measured by Megaphone and verified by Podtrac)

Each spike you see is because and episode was released on that day. The blue is this year the purple is last year’s daily download stats.

Growth for this year was pretty good! Last year’s total downloads were 15,263,255, which means this years numbers rose by 50%. The year started out a little below what was going on in 2020, but the beginning of 2020 didn’t have a pandemic yet so there was great growth at that time.

Amazing month over month growth! Last year was sort of up and down all year almost being flat for the year.

Jan - May - Spent $4500 promoting the show on a bunch of different podcast players. This was documented in a YouTube vid here: https://www.youtube.com/watch?v=ijEgWrlPrJw

Feb 20 - A Reddit user posted about the show and made it to the front page! https://www.reddit.com/r/todayilearned/comments/locs00/til_a_professional_security_tester_named_jayson_e/. Lesson here is if you want a bunch of karma, post about the show!

Mar - Did a cross promo with rocketship.fm

April - Did a cross promo with one of Slate’s podcasts

April - Did a cross promo with Twenty Thousand Hz

April - Did a cross promo with one of Pushkin Industries podcasts

April 14 - Lex Fridman Tweeted about the show. A nice plug from a Twitter account with 600k followers.

April 7 - Forbes wrote and article about the show.

April 11 - Mashable wrote an article about the show.

May - Did a cross promo with a CBC podcast called A Death In Cryptoland.

Aug 4th - At the same time, and a total surprise to me, Apple was featuring me in Apple Podcasts Canada.

Aug 23rd - Apple featured the show in the US! This is always a big deal and I wrote a blog post about what the effect was.

Oct - The show was listed in Spotify’s The One campaign. Which was a survey to help people find their new favorite podcast. Not all podcasts were listed here so it was an honor to be listed.

Nov 19 - The Australian wrote an article about the show.

Dec 8 - The LA Times wrote an article mentioning the show.

I didn’t enter any award contests this year. I’m content with the Webby and Shorty awards I got last year and want to see others get a chance to get one.

Getting written up in some news outlets doesn’t really bring in that many new listeners by itself. However, it’s a great thing to have though since you can leverage it in other ways. Such as posting it to your site or telling people on social media that the podcast was written up. This is social proofing and others will be more likely to try a show if it’s already getting talked about. You can also use it to try to get verified on Twitter as the requirement is to be written up in a news outlet.

The biggest needle mover was being featured in Apple Podcasts. I am lucky enough to have people who work at Apple Podcasts that actually listen to the show and like it. So I’ve had some phone calls with them and email exchanges. They have been very helpful at helping promote my show and they say it’s because they want to help indie creators more.

Top Episode of All Time 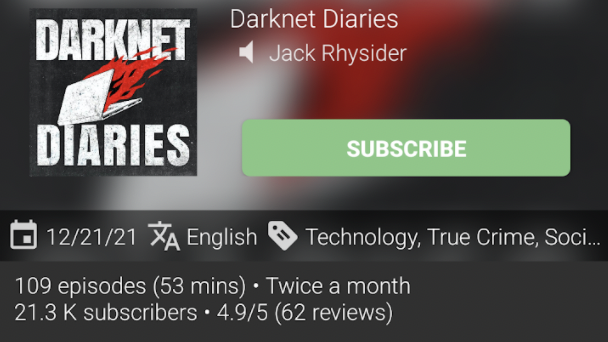 I used to post the Apple Podcasts Technology chart for the year. But this year I had significant appearances in the All Categories chart so I’m posting it instead. Pretty much for the whole year I was in the top 8 in the Technology category. At the end of August was when Apple featured the podcast, which is what that big spike is in the middle. But it seems that since then it’s returned to the All charts which is very exciting!

My Spotify 2021 Wrapped always blows me away. 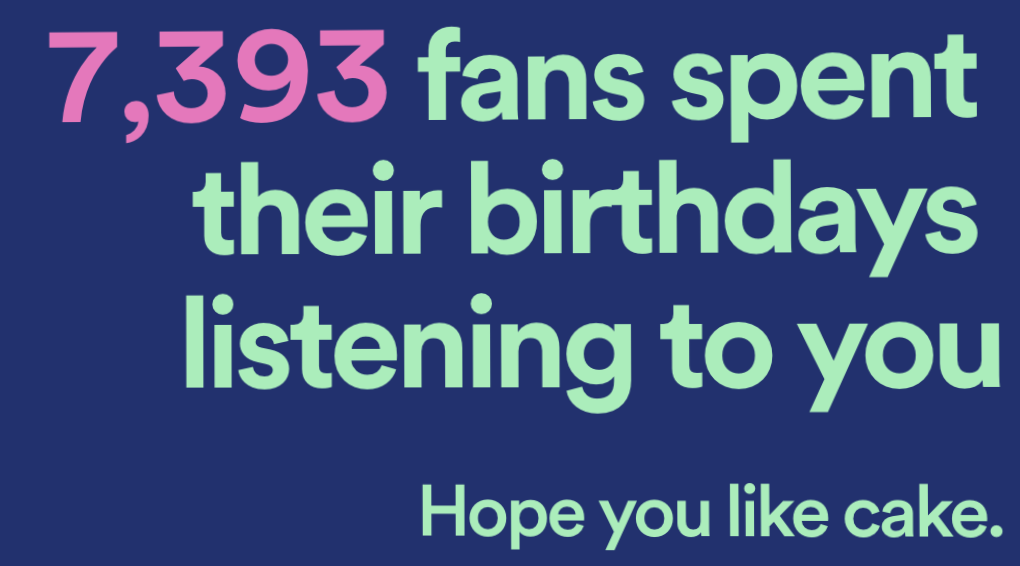 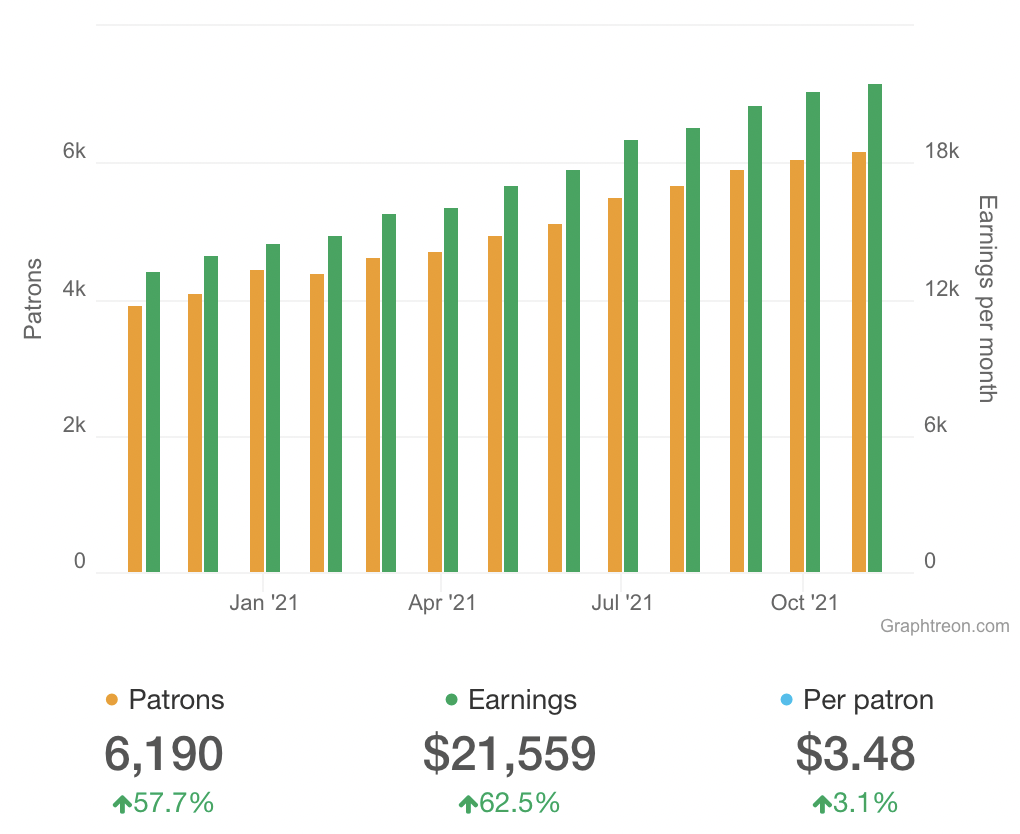 New this year we added Apple Podcasts Paid subscriptions to the mix. Apple users can pay $5 a month to get bonus episodes and ad free episodes. Here is how that performed this year.

Ending the year with around 1800 paying subscribers on Apple Podcasts. They pay $5 a month, Apple takes 30% of that. So that’s about $6,300/mo revenue from that. Pretty good because I put almost no promotion efforts into getting people to subscribe to that, and the Patreon numbers didn’t go down noticeably.

I no longer get accurate website stats. In August 2020 I took out the Google Analytics javascript code because I didn’t want any js trackers on my site. And I lost visibility to a lot of analytics from that.